Mellody Alston is the owner of both Animailers and Pet Salon boarding kennel and grooming facility. When she purchased The Pet Salon over 20 years ago, it was already involved in the pet transportation industry, shipping the occasional pet or live animal. Mellody built this little sideline into Animailers, which opened its doors for business in 2000.

Mellody has been a successful owner-trainer-handler of Malinois, Doberman Pinschers and Australian Cattle Dogs (ACD) for over 30 years. Her dogs have earned many titles for obedience, schutzhund and conformation. She and her dogs have earned several awards for High In Trial (HIT) and Handler-Owner-Trained (HOT). She assisted in the training program for the K9 unit of the Annapolis, MD Police Department; training included bomb and drug detection as well as patrol practices and procedures.

Because temperament is a critical component of a successful working breed, all of her dogs have their ATT certifications through the American Temperament Test Society. Mellody was, at one time, an ATTS judge. She has conducted training for obedience, agility, tracking, and behavior modification. She and her husband, Tom, are avid supporters of animal rescue organizations for all animals. They have been involved in adoptions, directly and indirectly, since Mellody has owned The Pet Salon—even longer.

Believing that no unwanted pet ever turned down a home, they have shared their lives with many rescue dogs, cats and other animals that found their way into their lives over the years. Currently, two cats and one ACD-mix live with them. Sanchez and Parker, the cats, are the security guard and senior manager respectively, at The Pet Salon and Animailers.

Mellody has a BS in Business from Indiana University. 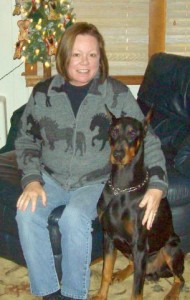